With winter now starting to show the end of its self, we all start looking at our gear and…then it happens, the light goes on! Got to prep the gear for the spring sessions. well… I do like to take some time to go over my gear pre-spring and that’s… END_OF_DOCUMENT_TOKEN_TO_BE_REPLACED

I wanted to touch on a subject that comes up almost daily, carp care or fish care for that matter.  The fact that we carefully handle carp in America is something that is not seen outside of our community as carp anglers. According to the US Fish and Wildlife services, in 2015 there were 28,463,499 licensed fishermen in the US. The niche that we have as carp specific anglers is only a few percent of that total. An overwhelming majority of the anglers in the US have never heard of or seen a unhooking mat/cradle or fish friendly mesh nets. It’s true that many species of fish could benefit from the carp care gear that we use. I would much rather see a large catfish resting in a cradle than a dirt or gravel bank as I am sure everyone would. I’ll approach the subject in the most basic terms as I can. Carp care also falls into rig safety which Iain has covered in this article. Let’s move onto the first item, Nets. 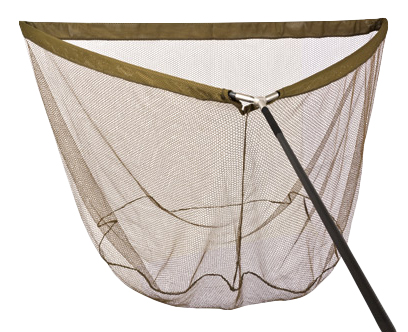 A fish friendly net is key to not only keeping the protective coating of slime but is the start to taking great looking photos. The slime coat acts as a lubricant while the fish is swimming however it’s more vital role is to protect the fish from any bacteria/virus/infection from attacking the fish. The loss of this slime coat can lead it a whole multitude of injuries and infections which you may not see on the bank however the fish may become ill and die within a few weeks which is the opposite objective of catch and release fishing. The “knotless” mesh nets do not scrape or damage the slime coat unlike the knotted nylon nets that you can readily purchased at any tackle shop. The chances are that if you have a net with the damaging nylon net you can retrofit a fish friendly mesh onto your existing frame and go on fishing. The euro style nets with the large arms can take practice to use and it’s inevitable that it will break if lifted incorrectly which many new users do. Rubberized nets can also be used however I personally prefer the softer, fish friendly mesh. The focus is to get the fish safely into a fish friendly net to move onto the next item,an unhooking mat. 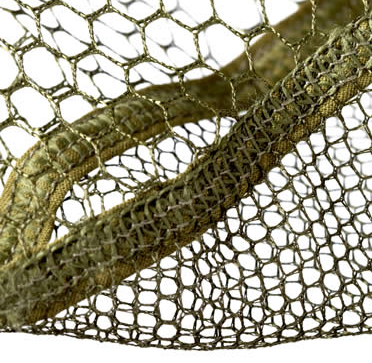 Unhooking mats are something that almost no one outside carp fishing have seen or used. There are folks in the US that think everyone should know and have one when they are first starting. That is a very big demand for them to know of something that they have probably never knew existed. Beginners can become very discouraged when attacked for not having a mat or holding a fish safely however it is something that must be taught and learned as there is no standardize test when you purchase a license that covers fish care. I have personally spent an unknown amount of time politely informing people of better fish care and not just for carp. I’d bet that unless you started carp fishing with someone that had one, there’s a photo or memory (you may not admit it) of you handling a carp with poor technique, I know I have and I’ve been specifically carp angling over 20 years.

I’ve gotten a bit off topic so I’ll come back to the unhooking mats. The unhooking mat is a padded mat that is laid on the ground (see the first photo of the butterfly koi) to protect fish from dirt, gravel, sand, pavement, etc.. from damaging the fish while it flops or removing the slime coat. You will want to put some water on the outside of the mat to aid in the slime coat not getting damaged. If you have a fish friendly net and then lay the fish onto the sidewalk you’ve lost the fish care battle.  A mat can be made from a yoga mat or even a pillow that is put inside a garbage bag for a quick fix. There are plenty of cheap mats available for around $10-$15 that will take care of the basic needs. No need to buy into an expensive mat when you are just getting started.

Another version is the cradle. These are designed to keep the fish elevated off the ground to reduce and damage from flopping around as well as protect the slime coat. Cradles come at a high cost (size and weight also) but when dealing with larger 25+ pound fish they excel and give you peace of mind that the fish isn’t going to slip or jump off the mat and get injured. There has been quite a few soft cradles hit the market that are basically a mat with high walls around the sides to keep the fish retained as an option. 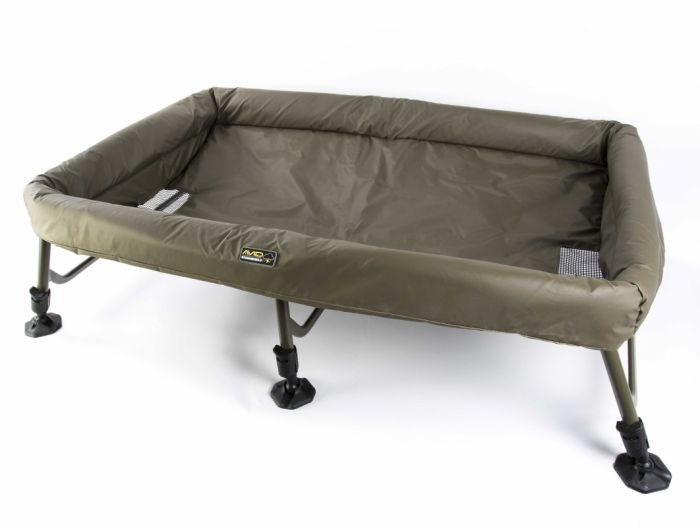 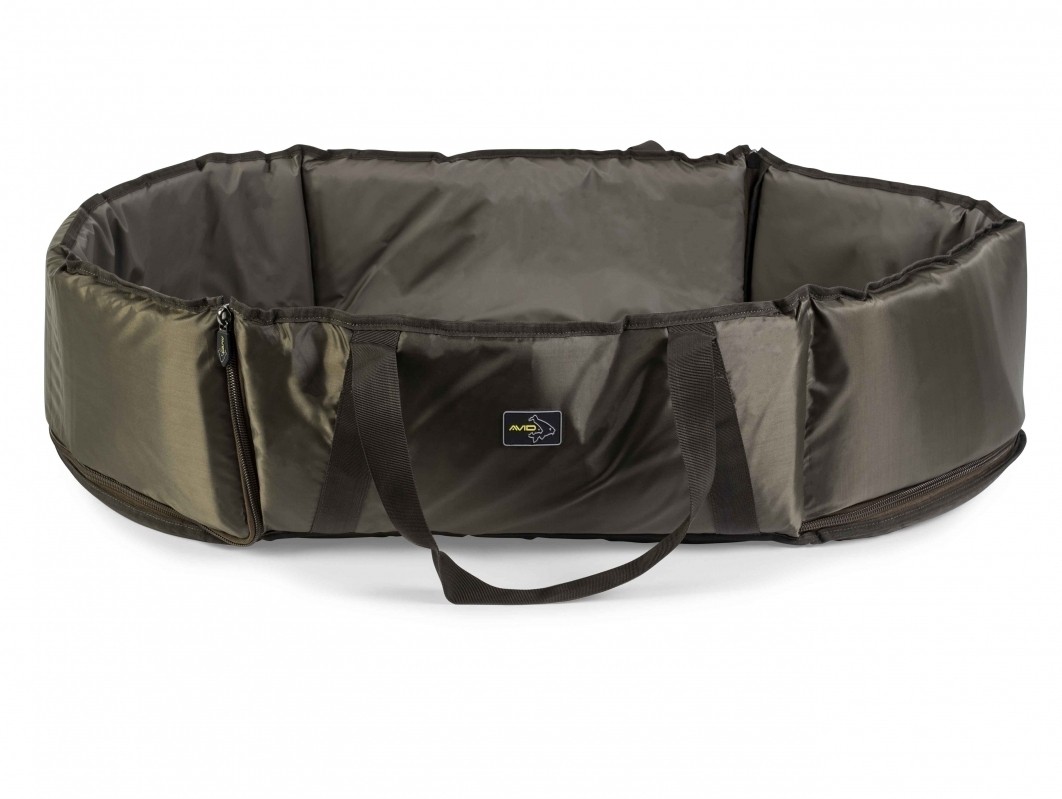 Depending on your situation and how you fish one may be better than the other. If you carry all your gear, then a regular unhooking mat is the way to go. If you don’t mind hauling a larger and heavier one, then cradles cannot be beat. I personally would opt of a cradle all the time but times like stalking do not make carrying one very easy so I take a mat.

One of the final pieces are weigh slings. These come in many different forms and prices. Some are no more than a fish friendly sack while others have bars with floats to retain the fish in the water while getting the camera setup. It depends on your situation and how you like to do things on which one will be the best fit for you. They are used to hold the fish safely without damaging the slime coat (there’s a trend here!) and aids in getting the most accurate weight possible. I like to get it wet and let it drain the extra water off. Next I put it on the scale to zero out the weight of it. Then I transfer the fish into the weigh sling as seen above. Then zip up the sides so the fish won’t slip out and you can accurately weigh your catch. 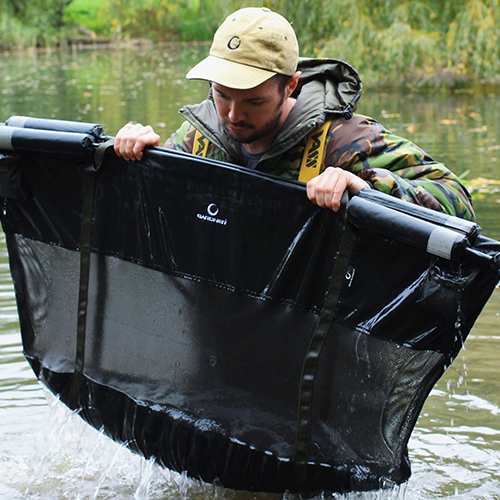 I’ll mention the fish care antiseptics quickly. These are available through several companies and are used to protect and help heal wounds. Not only the area where the hook was but also any damage such as missing scales or injuries that you may see on a fish. They work like Neosporin that you would put on yourself after an injury. While you may see this as slightly extreme when it comes to the life of an old, large fish it may keep them healthy or may save a young one that has an infection from a run in with a boat for example. 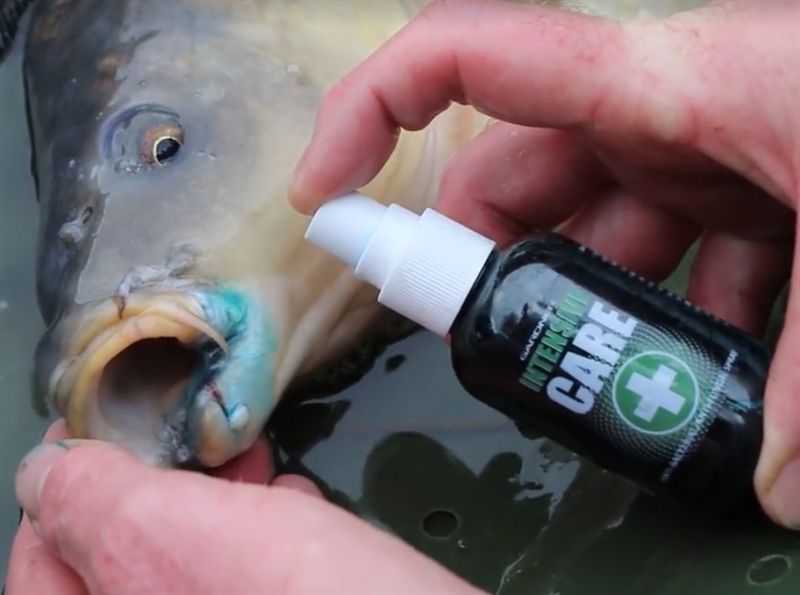 Now that we have transferred the fish safely from the net and onto your mat/cradle with its slime coat intact we can get ready for a good-looking photo. It’s always good to have a small bucket or water container on hand to pour some over the fish before you lift it to wash off any leaves, grass, or debris that has gotten onto the fish. This gives the fish a clean shine for the camera as well. I’ve used this photo (credit to Carpology) to show you the best way to hold the carp however it’s the basics for holding any fish safely and in a great photo pose. 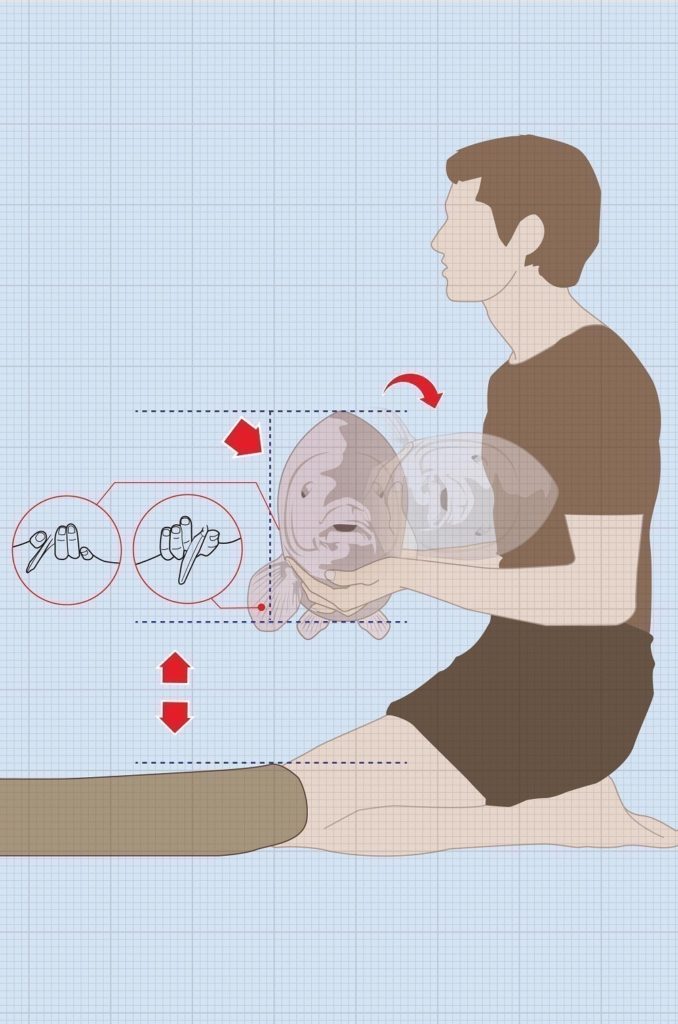 Following some basic ideas of fish care you’ll not only have better looking photos to show and remember but you’ll also be keeping the fish healthy for years to come. After all the photos and memories will be seen for years to come so why have the photo of the fish of a lifetime to have dirt and grim ground into the fish and it looking unsightly when you could take a few extra steps and have a beautiful photo.

A few things not to do with carp:

A quick note to those that practice good fish care already. There are many ways to approach the topic with someone without coming off as confrontational. I’ve seen it many times over the past 20+ years. When you attack someone that does not know how to handle a fish correctly they shut down and do not want to listen to anyone after that about fish care. They are excited about their catch and want to share it. No need to crush them because they don’t have the knowledge. It’s our jobs as ambassadors to the sport to inform and influence them to change their ways. You’ll find a much better response if you don’t start a fight because they are uninformed (like I would bet you were at one time) about the proper techniques.